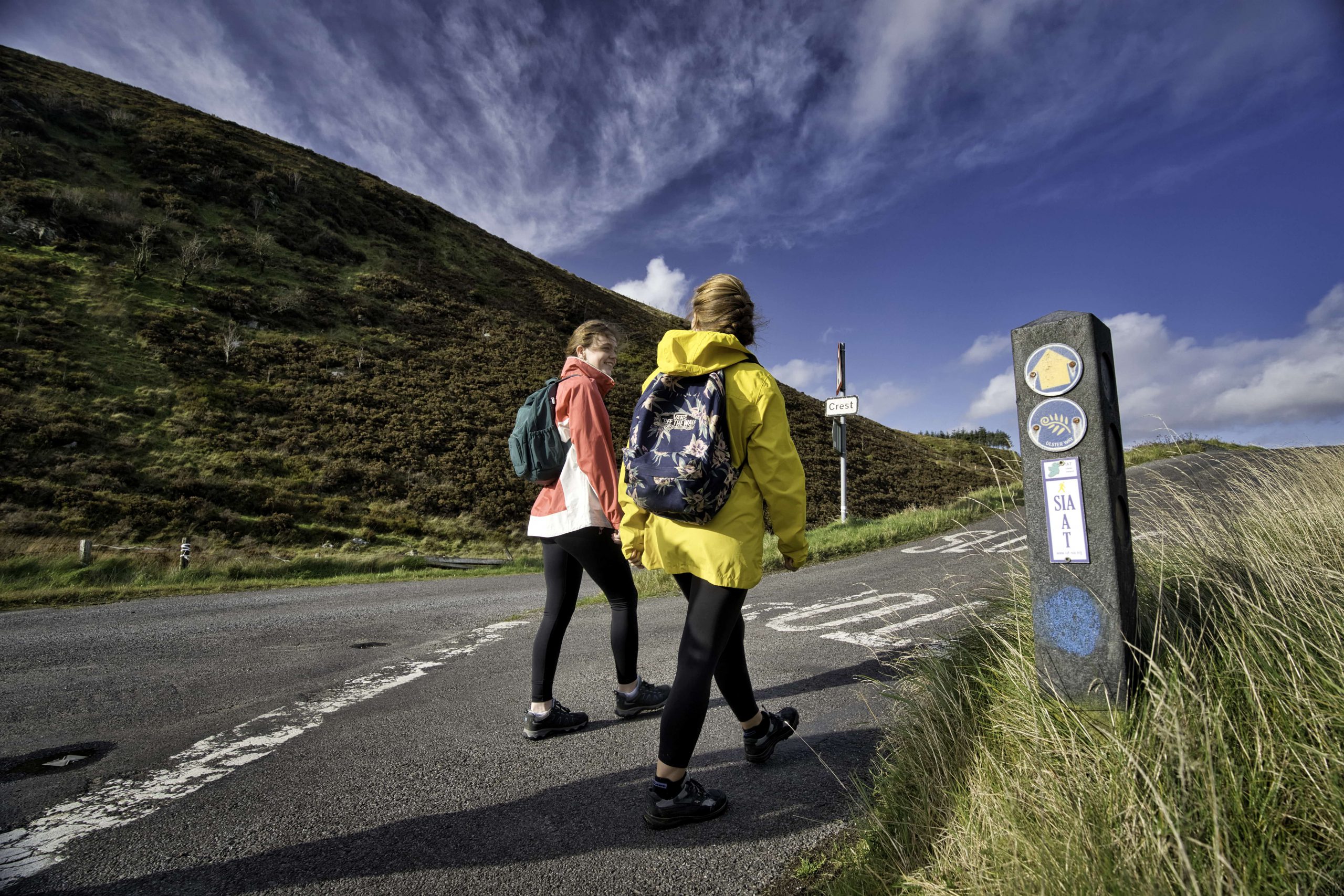 To provide a range of marketing services for the Ulster – Ireland section of the International Appalachian Trail.

The Appalachian Trail (AT) runs over 3,000 miles from Georgia in the south of the US to its northern terminus on Mount Katahdin in Maine, stopping short of the Canadian border.  In 1994 the idea to continue a trail along the Appalachian terrain across the political border into Canada was proposed and the International Appalachian Trail (IAT) was born.

The IAT Ulster-Ireland measures a distance of approximately 302 miles /485 km. The trail traverses the province of Ulster and runs from west Donegal in the Republic of Ireland to Larne, Co. Antrim in Northern Ireland. It starts at the spectacular Slieve League cliffs, passes through Glencolmcille, traverses the Bluestack Mountains in Co Donegal before crossing into Co. Tyrone. Here it picks up the Ulster Way, taking in the Sperrins, the stunning North Coast and the Glens of Antrim.

Outdoor Recreation NI will be responsible for the marketing services of the Ulster-Ireland stretch of the IAT.

Marketing services to be provided include;