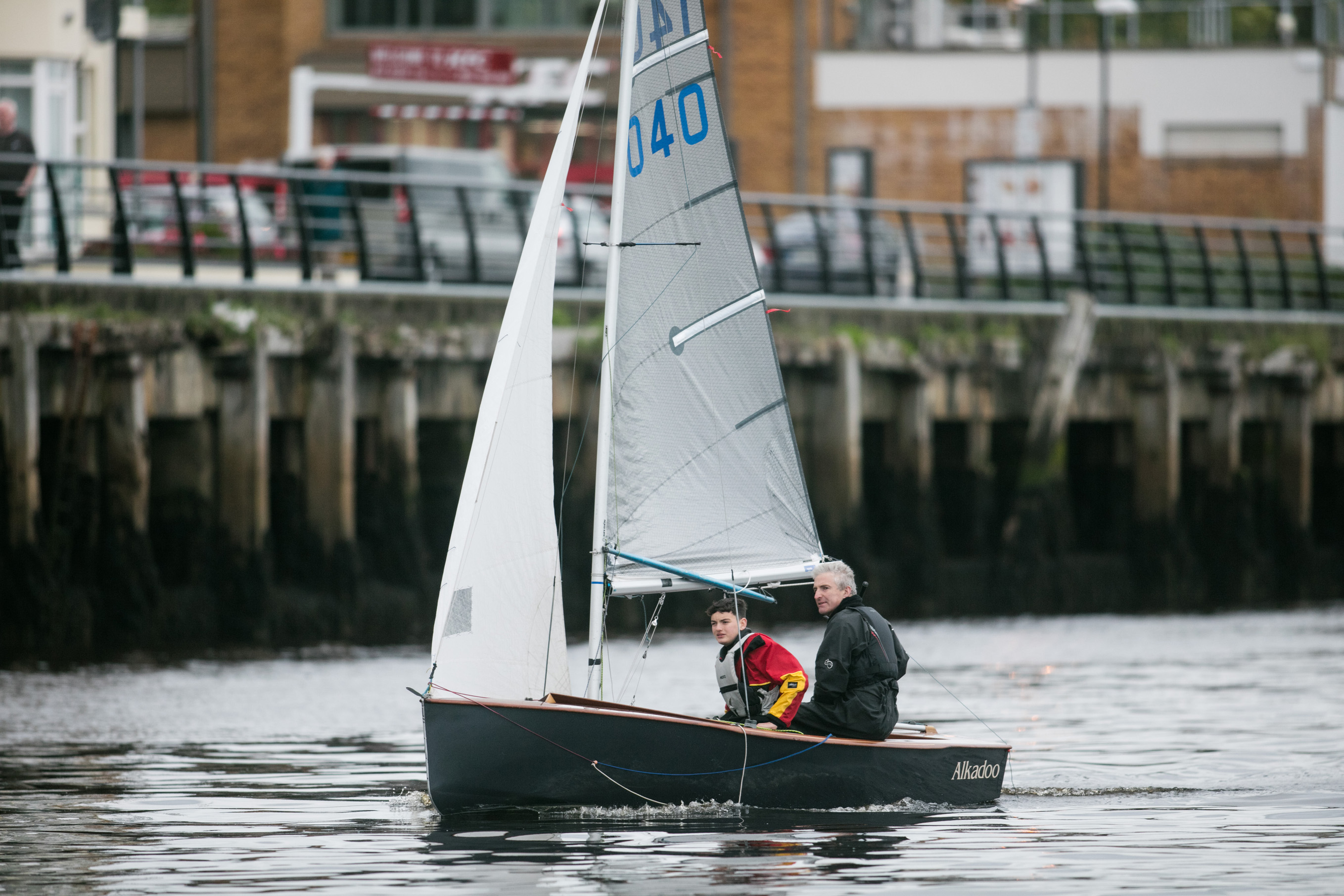 An impressive Flotilla of over 100 people sailed, paddled and rowed down the Foyle to Derry-Londonderry on Saturday 17 September to celebrate the European Week of Sport.

The Flotilla was one of over 8,000 events which took place throughout Europe between 10 -17 September, promoting sport and physical activity.

A range of watersports clubs from across Northern Ireland formed the Flotilla which also marked the culmination of the successful ‘FlowNI – Get into Watersports’ summer campaign supported by SportNI to encourage people to try out a watersport with a view to joining their local watersport clubs.

Reflecting on the Flotilla and the successes of the campaign, Mike McClure, Outdoor Recreation Development Officer for SportNI, commented, “It was fantastic to see so many people having fun on the water and using the skills they have gained over the summer. It clearly shows how the FlowNI campaign encouraged people to get involved in watersports for the first time.”

Throughout the summer months, in the lead up to the Flotilla, SportNI supported watersports clubs and National Governing Bodies throughout Northern Ireland to provide participants the skills and encouragement to take up a new watersport and join a local club. The campaign started at the end of May with 23 taster events offered by clubs to members of the public for free or a reduced cost in 8 different watersports from rowing and canoeing to water skiing and diving.  These were then followed up with 57 training events for those interested in continuing in the sport.

The FlowNI campaign was part of the GetWet campaign which was co-funded by The Erasmus Plus programme of the European Union and is a partnership between SportNI and a range of water based National Governing Bodies with the aim of getting more people into watersports in the lead up to the European Week of Sport in September.  At a time where engagement in sport and physical activity is at an all-time low with 59% of Europeans never or seldom exercise or play sport (Eurobarometer), Mike further explained the aim behind the project, “Through collaborative working with our partners in Europe, as well as a range of water based National Governing Bodies, the campaign encouraged all ages, backgrounds and abilities to get involved in watersports, many of which are now part of the clubs and paddling together today.”

To find out how you can get involved with a watersports club in your local area visit www.FlowNI.com